A question that may well be on your mind is “ Where exactly is Romania located ” ?
Well, the answer may not be as simple as you might imagine. Romania is not really considered to be in the East, nor in the West. But not really referred to as being in the North or indeed the South either !
Romania can be considered as being at the confluence of four major European cultures – From the west, the Habsburg, and later the Austrian culture; From the east, the Slav culture, from the Russians and from the south, the Ottoman and Greek culture, and as Romanians, we consider ourselves to be at the very centre of Europe.

In today’s Romania, you will find many influences of all these great cultures right across our beautiful country and we would be delighted to ensure that you are able to experience as many as possible during your time with us. We have very many pages of history, which we will be happy to share with you when we meet, but until then, thank goodness for Google search. 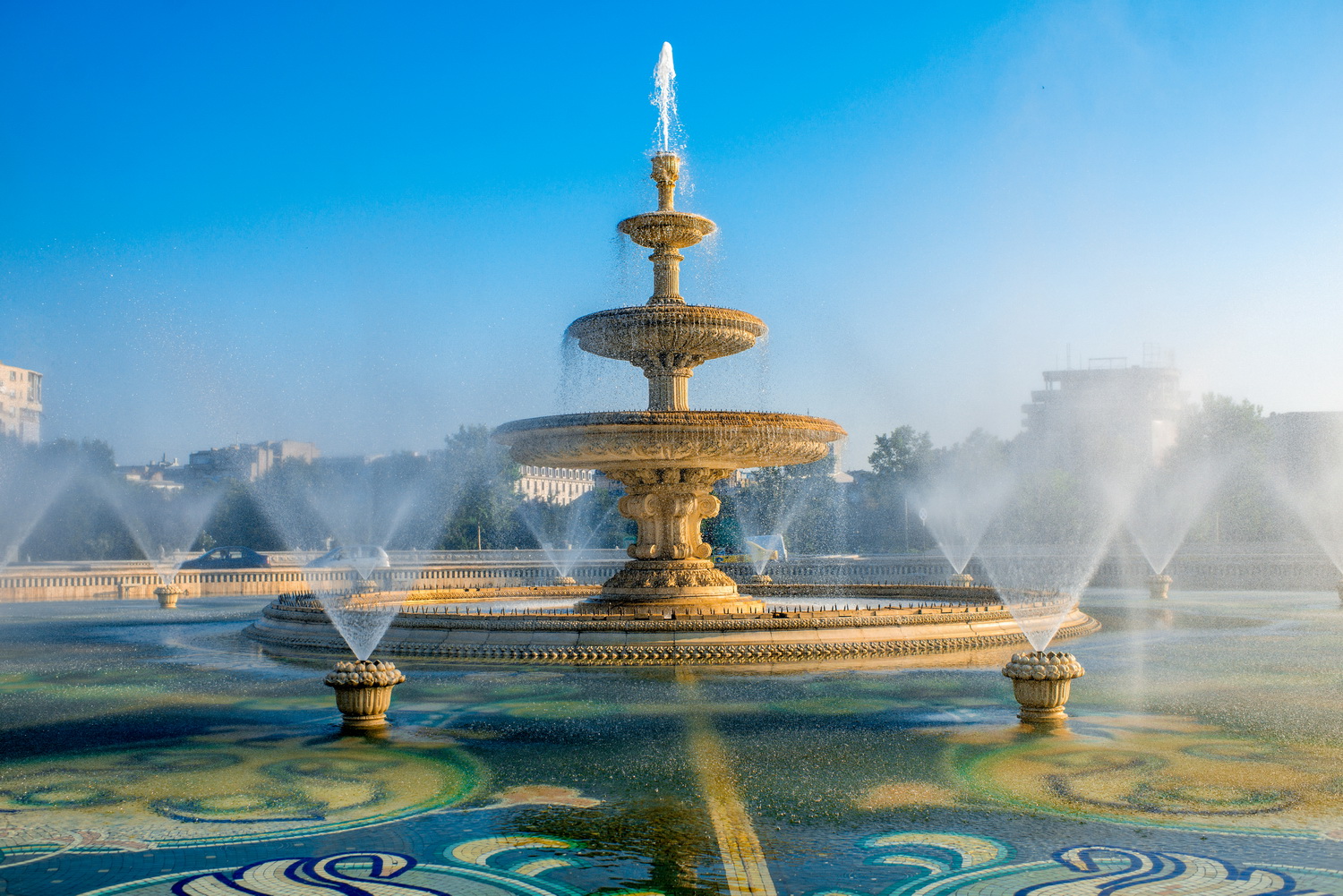 Our capital city and commercial centre is Bucharest. Its iconic landmark is the massive, communist-era Palatul Parlamentului government building, which has 1,100 rooms. Nearby, the historic Lipscani district is home to an energetic nightlife scene as well as the tiny Eastern Orthodox Stavropoleos Church and 15th-century Curtea Veche Palace, where Prince Vlad III (“The Impaler”) once ruled. Our national currency is the “leu” which means “lions” but rather puzzlingly, we do not actually have lions over here. We speak Romanian but we are specialised in “Romenglish” ( a combination of English and Romanian spoken by many youngters in today’s Romania)

An interesting fact is that Romania ranks 82nd in the world and the 12th in Europe with regards to the actual size of the country and we are blessed to have many different geographical forms of relief from the Carpathian Mountains with its dormant volcanoes, to the undulating plains and low hills of the Transylvanian Plateau. In the southeast of the country, Romania has 245 kilometres of coastline which provides an important outlet to the Black Sea.

Romania is crossed by numerous rivers and streams, the biggest of which is the Danube river which flows into Black Sea forming a splendiferous Delta.
Romania’s climate is temperate-continental and we have been gifted with 4 beautiful seasons with an abundance of outdoor activities all year round. 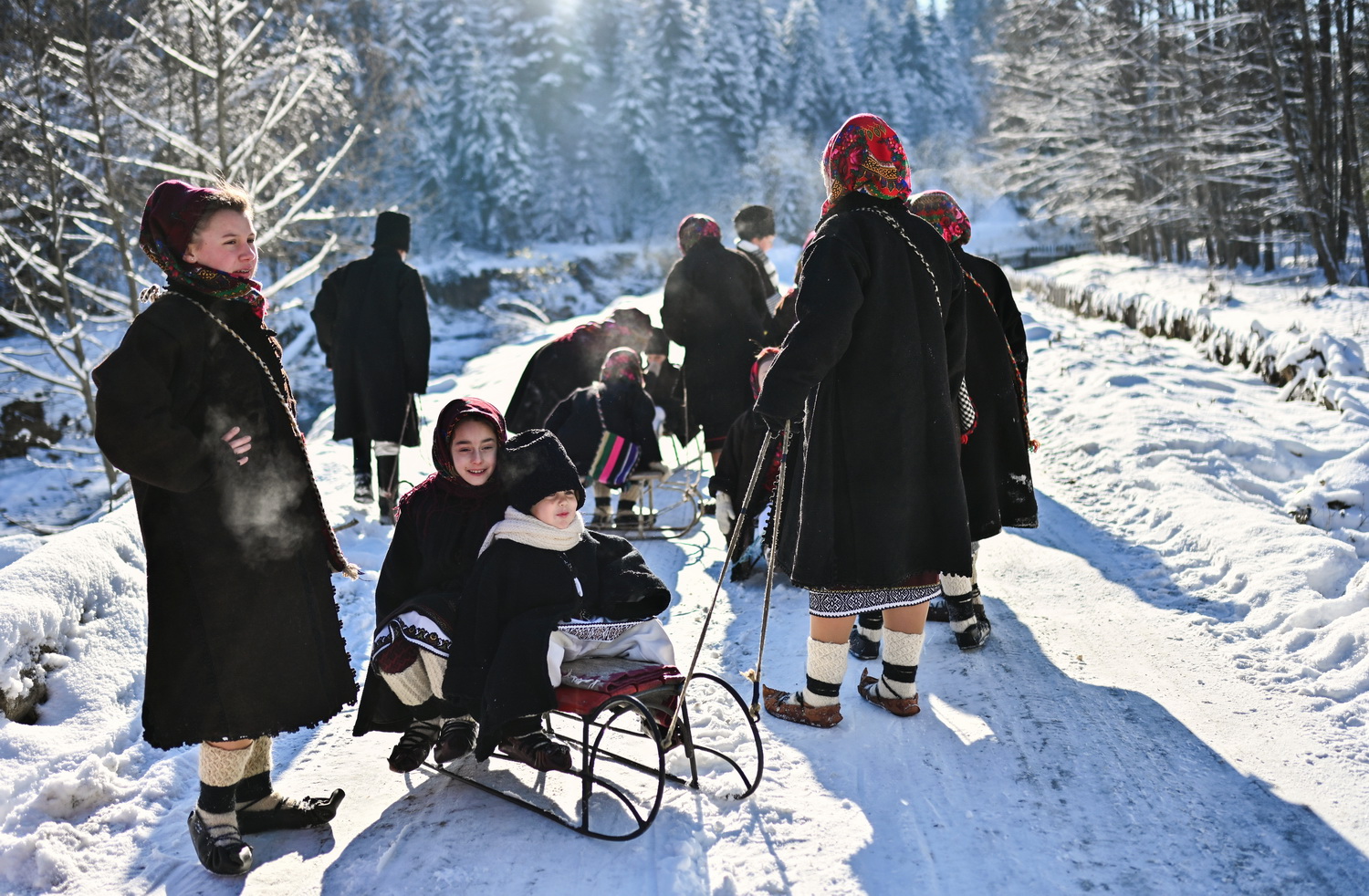 Winter: The mountains put on their white festive snow blankets so we can go skiing and revel in all the usual winter sport activities. Around Christmas time a local tradition is for carol singers to burst into people’s houses at random to sing Christmas carols and be rewarded with free drinks and seasonal sweets. It is super fun for us! Especially when we can tease our friends regarding their less than perfect singing! 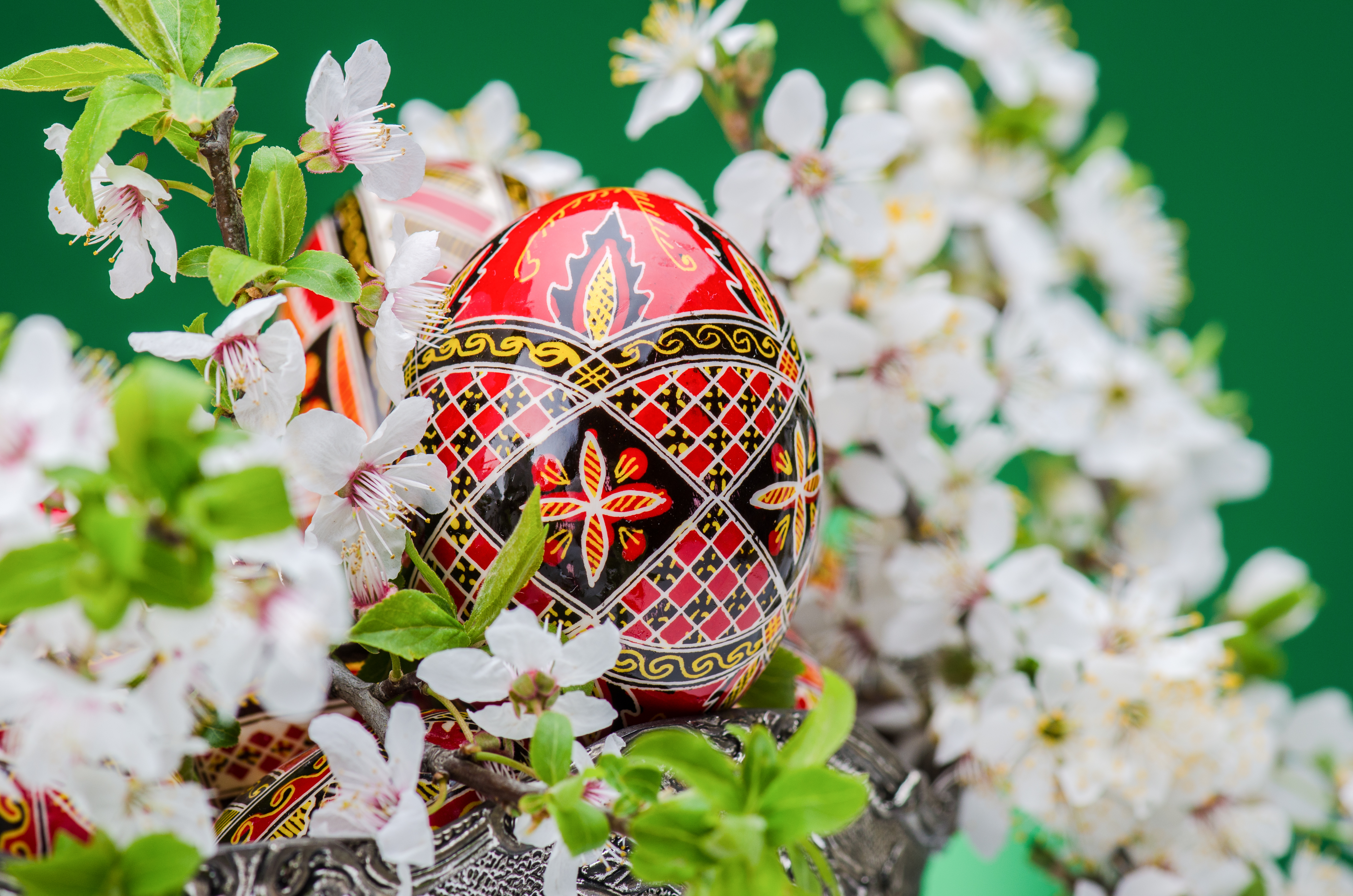 Spring: As Spring starts to unfold, the hills and fields awake from their winter slumber and you will see many beautiful flowers as they start to bloom. In Romania the 1st of March is a special date for us. We call it Martisor, and we celebrate it with snowdrops, traditional gifts, plenty of joy, and dinner’s downtown. It is a bustling, but very special time of the year, when every city, town, and village in the country is brought to life by heaps of colorful stalls selling the so-called Martisoare. Many people go out in the forest to pick the snowdrops and some people call them the Harbinger of Spring. 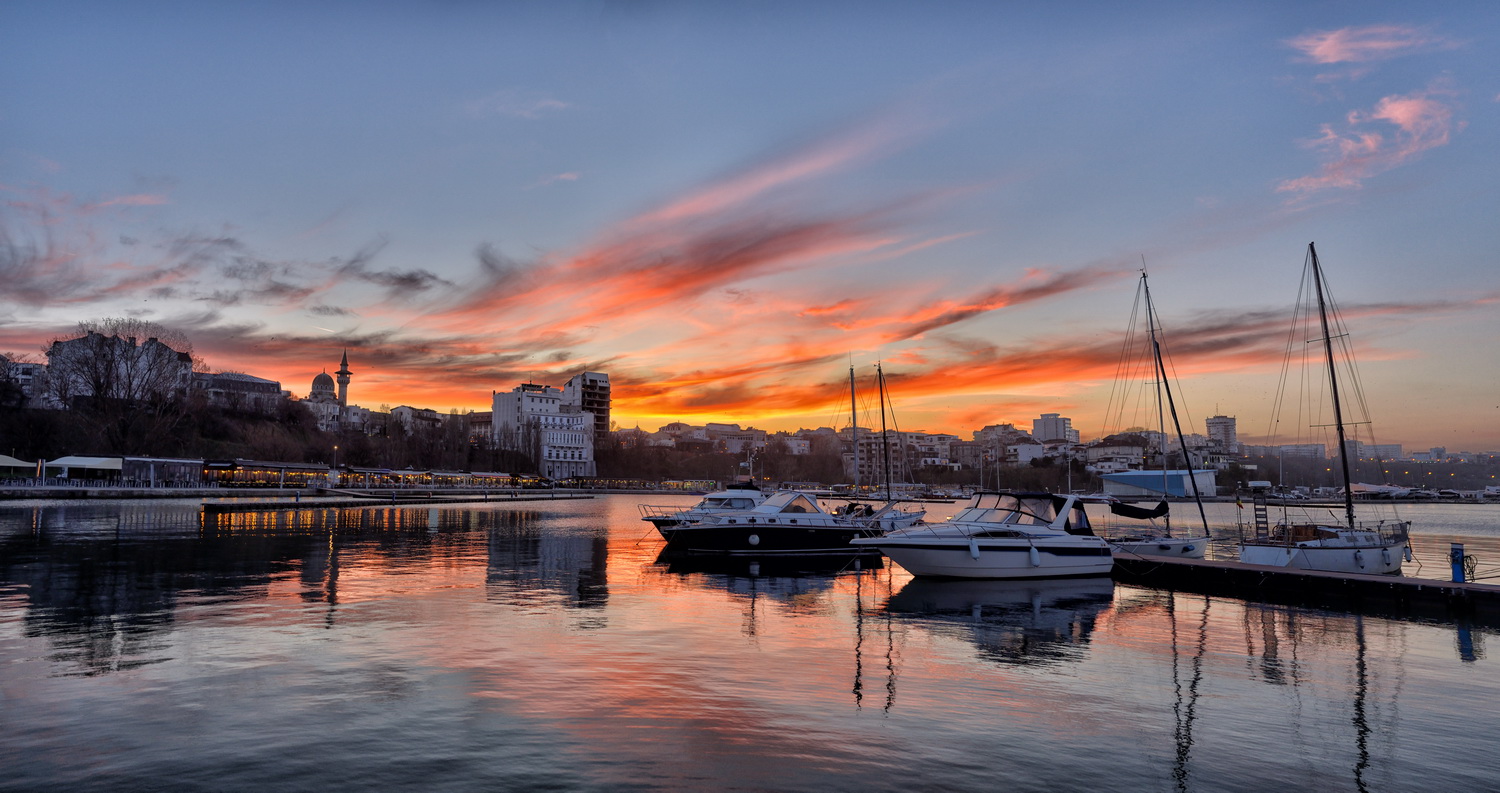 Summer: During the summer you will be spoilt for choice for things to do in Romania. For those of you who like waves, sun and sand then your first destination would be the to visit the Black Sea coast, but for those of you who like mountains and valleys, and a cooler climate, then a visit up into the Carpathians for a spot of hiking and camping should hit the spot. Summer nights in the mountains of Romania are magical! 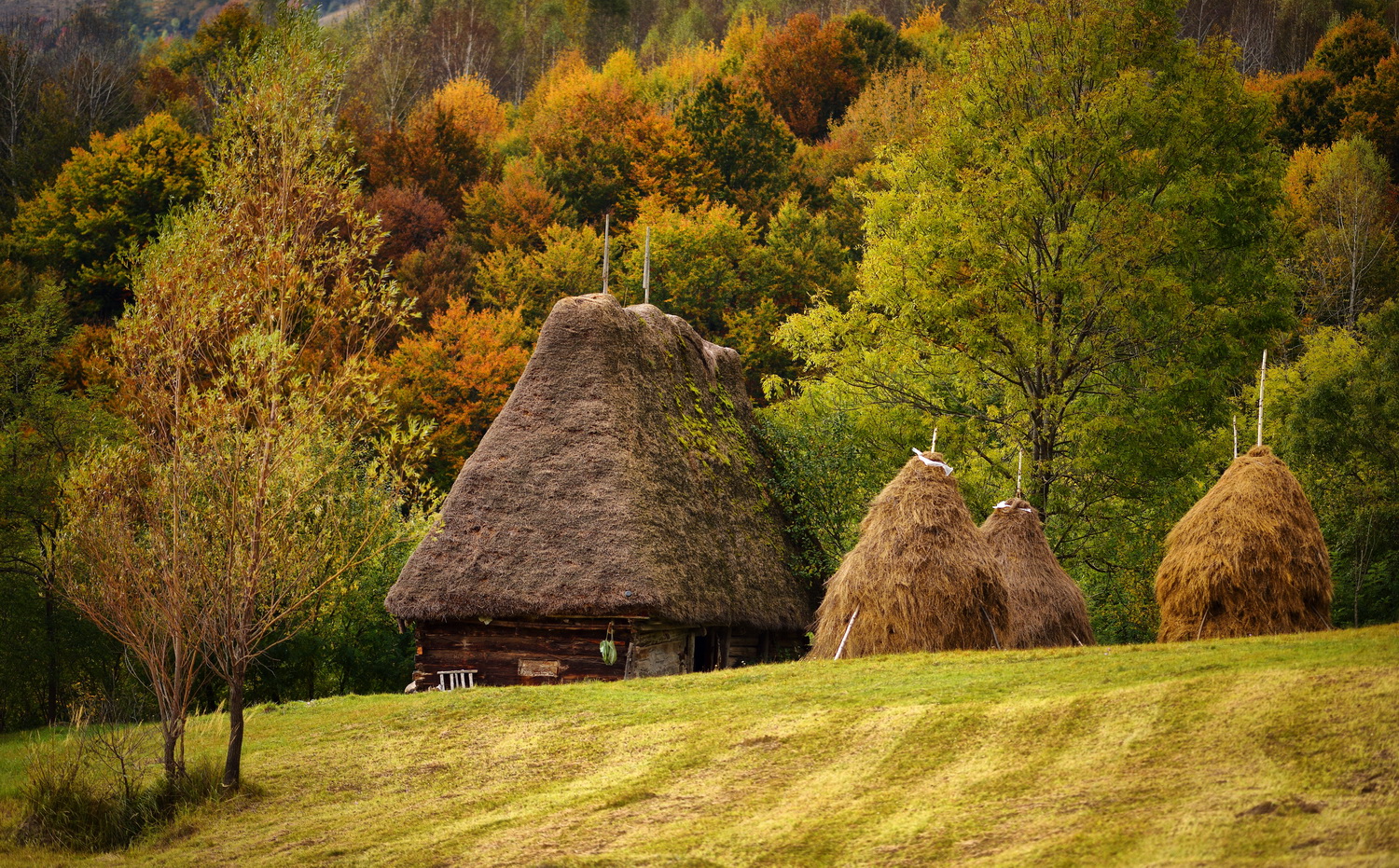 Autumn: Like many other parts of the world, the harvest season is very important in Romanian tradition because it represents a transition period from summer to winter, a time to gather and enjoy the harvest. This is a very busy time in the countryside because many people are preparing to preserve fruits and vegetables from the garden in preparation for the coming winter. Some people just sit by the window watching the rain while sipping their tea, while others watch the children going out to play and stomp in the puddles.  A widely recognised universal pastime !

We also have names recognised worldwide such as “Nadia Comaneci” , “Simona Halep”, “Constantin Brancusi”, “Angela Gheorghiu”, “George Enescu”, “Sebastian Stan”, “Elie Wiesel” and many, many others in various fields.

But more than that, in Romania you can find the Prizon on Freedom street, the Cemetery on Resurrection street , a Happy Cemetery,  brown bears in the wilderness, the second biggest building in the world “Casa Poporului” (visible from space)

In Romania, we have plenty of funny sayings :
If we want to waste time we don’t just sit there ” we rub the mint” (frecam menta), we are “not” crazy “we are gone with the raft” (dusi cu pluta) but we promise we won’t “tell you lies” or “sell donuts” (vinde gogosi). We will be happy to teach you some of the expressions if you want.

People also say we have the most beautiful girls in the world so many men travel to Romania to get married, but also ladies are crossing the borders to find strong charming Romanian men to be their husbands. And the weddings parties around here last 3 days…not an easy life!

You can find all the above on the internet in one way or another but what you cannot find on the internet is: the taste of our food, the wind in your hair, the smell of our flowers, the making of your own Romanian pottery, the aroma of the wine straight from the barrel, the rhythm of the music next to the bonfire, the sound of our country and this whole special meeting with everything Romanian.